The macromolecules of biological organisms fall into five main groups: peptide, proteins, carbohydrates, nucleic acids, and lipids (nonpolymeric-nonpolar materials soluble in organic solvents, such as fats and oils). Proteins-peptides and nucleic acids, and many carbohydrates, are biopolymers. In this article, we will limit our discussion to peptide bond formation. Proteins are the basic constituents of living organisms, But peptide bonds formation is essential for the building of proteins.

Peptides are biological macromolecules of small molecules called amino acids. Their unit of amino acids ranges from about 2  to less than 200 amino acid units, so peptides can be very large biomacromolecules. Many peptides make a complex with non-amino-acid components such as metal ions (for example, Fe 2+ , Zn 2+ , Cu + , and Mg 2+ ) or certain complex organic molecules usually derived from vitamins. (Vitamins are organic molecules necessary in verysmall quantities for normal cell structure and metabolism.)

Peptides are very important molecules in cells function and organisms metabolism, playing both Complex structural and functional roles. The proteins of bone and connective tissue, for example, are of major structural importance than any other part.

Some Peptides are enzymes, catalyzing or inhibiting specific biochemical reactions; some transport materials in the bloodstream or across biological membranes to the cell; and some (hormones) carry chemical messages to coordinate the body’s activities. Insulin and glucagon, for example, are peptide hormones made in the pancreas and secreted to regulate the body’s blood-sugar level.

An amino acid is an organic compound containing an amino group ( – NH 2 ) in one terminal and a carboxyl group (- COOH) in the other terminal. The building blocks of peptides are alpha-amino acids (a-amino acids). An a-amino acid has the general structure(R is an H atom.). 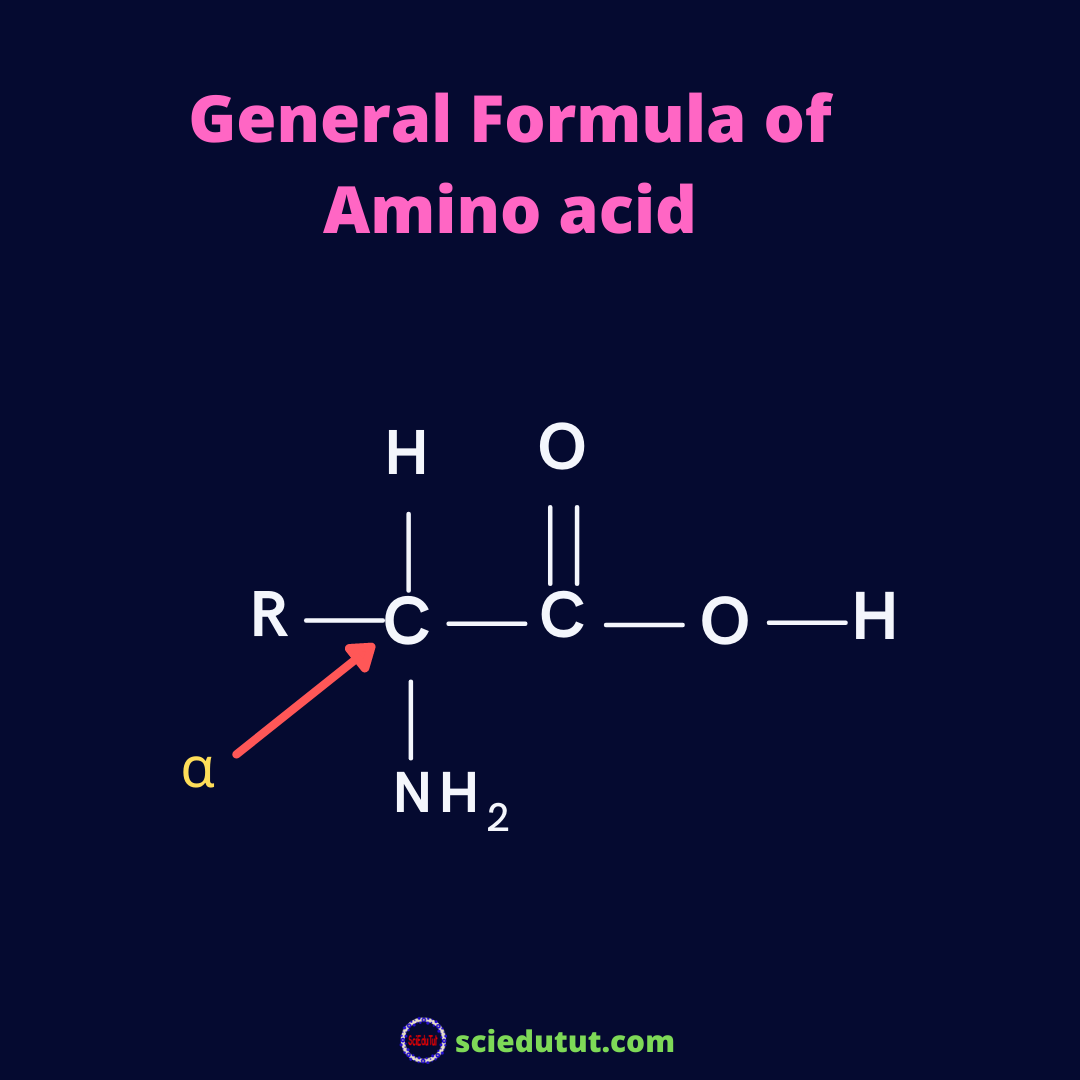 What is Chirality in amino acid? 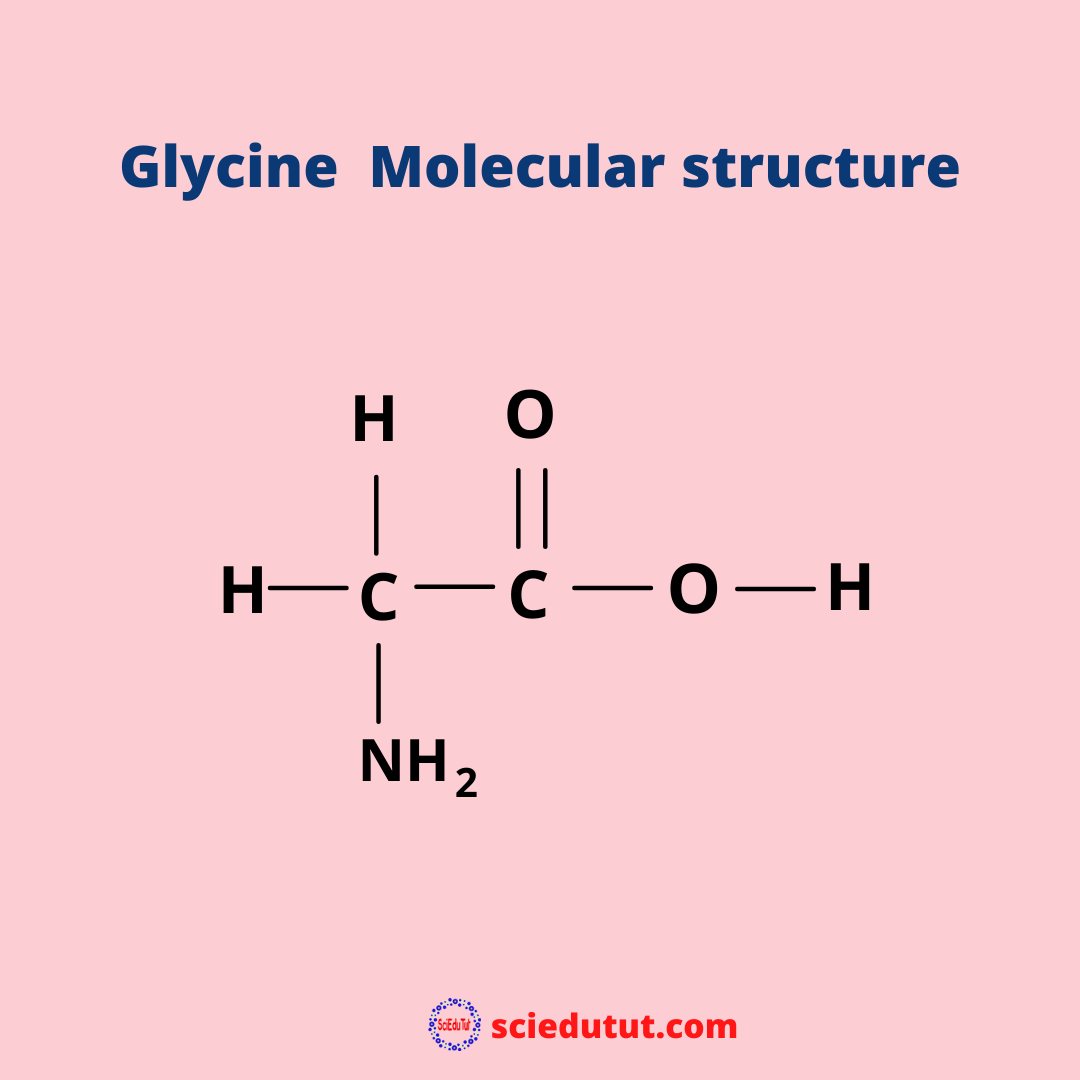 This lists the 20 amino acids from which most proteins are composed in nature (check in our previous blog post). Under the name of each alpha-amino acid, its common three-letter abbreviation is shown in the table (previous post). For instance, the abbreviation for glycine amino acid  is gly.

At the near-neutral pH of a biological system in the aqueous solution, the alpha-amino acid groups in a protein are generally in the form of zwitterions, which are species having both a

positive and a negative charge. The carboxyl group is acidic, so its proton ionizes and dissociates from carboxylic group: 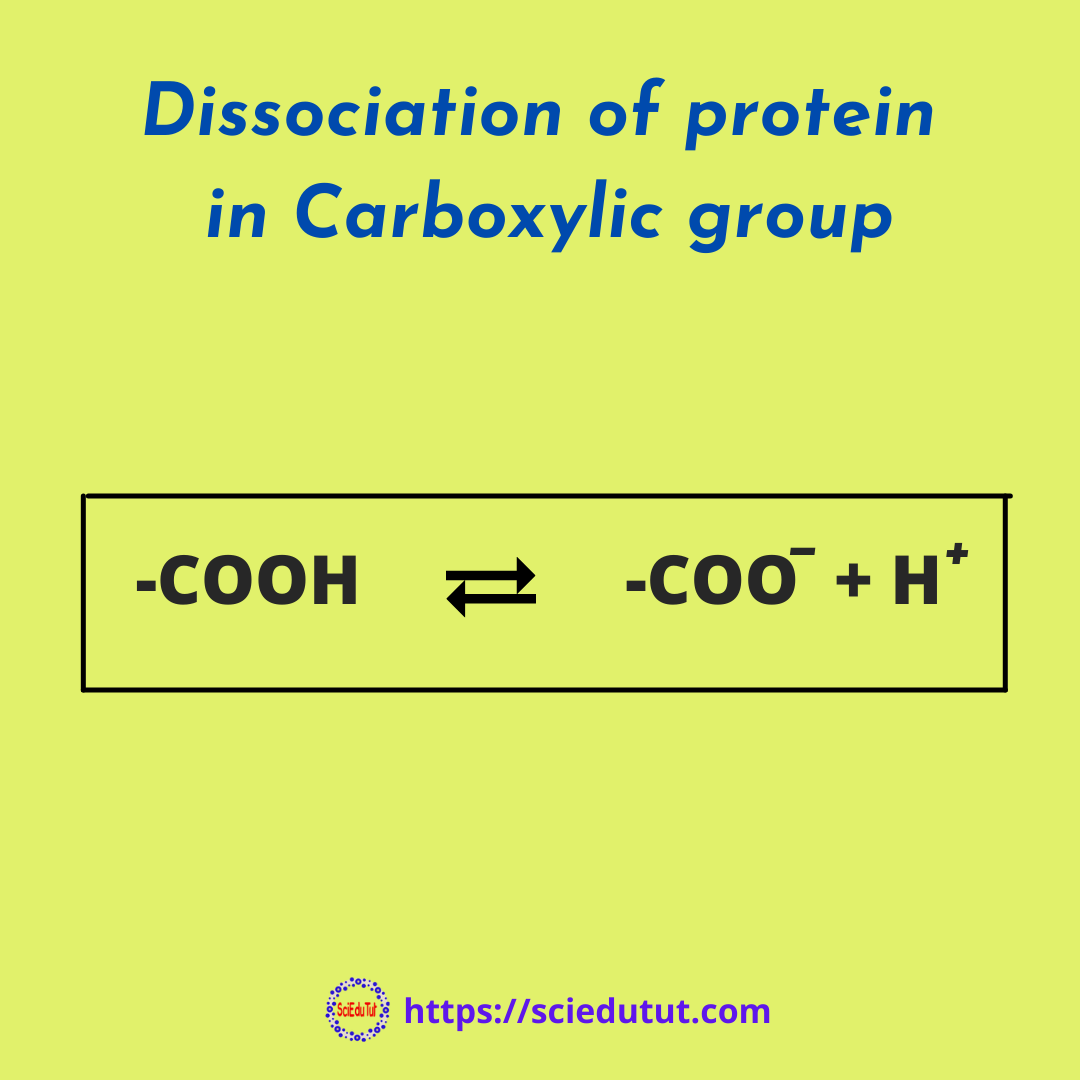 The amino group is basic in nature, so it has the capacity to pick up a proton and becomes protonated amine group:

At neutral pH in the aqueous medium, the net result is that the carboxyl group loses H + to the amino group of alpha-amino acids, yielding the zwitterion: 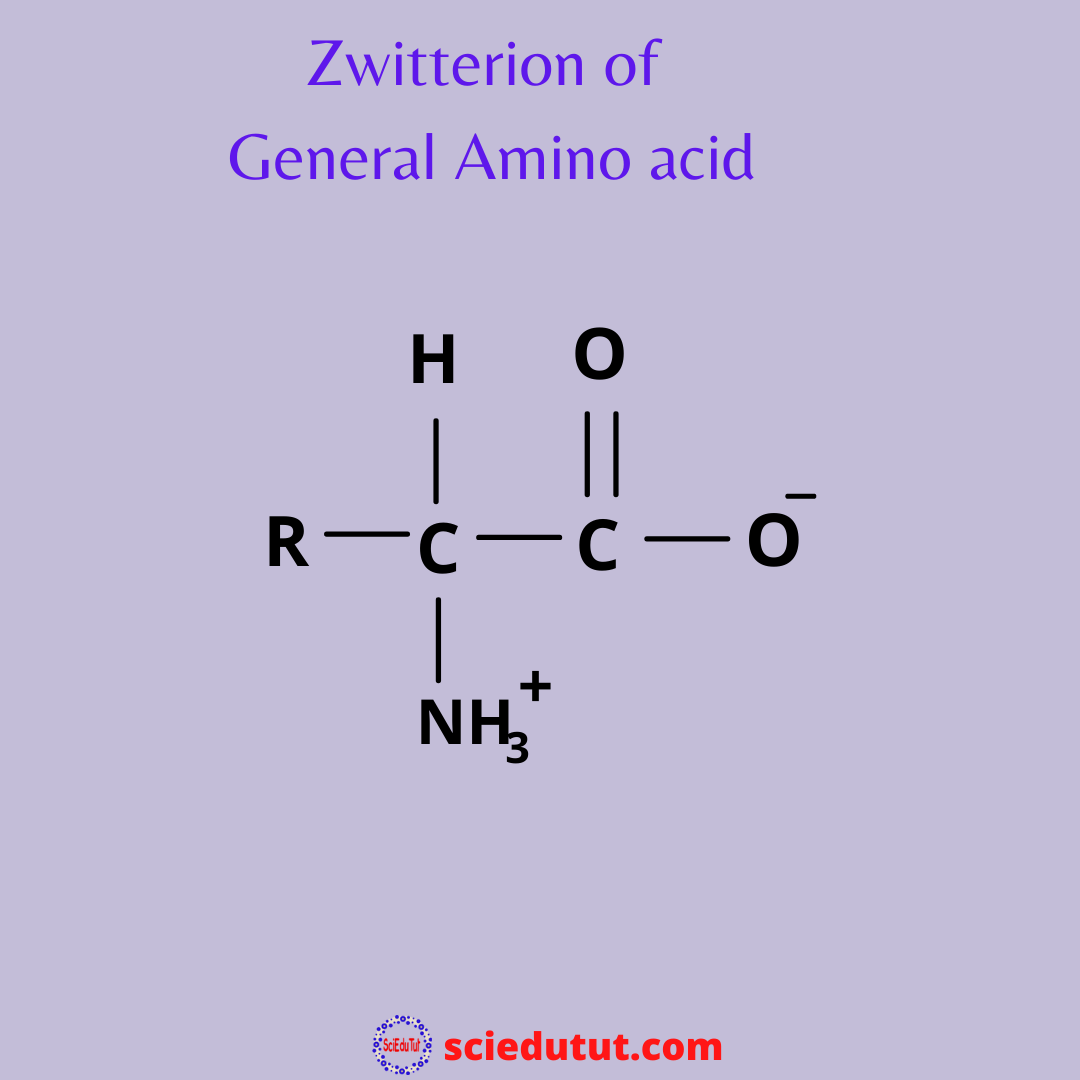 Except for the simplest alpha-amino acid, glycine, NH 2-CH 2-COOH, the alpha-amino acids exist as enantiomers, or optical isomers. Such isomers are mirror images. But glycine is not optically active molecule. Any molecule having one tetrahedral carbon atom bonded to four different groups of atoms exhibit optical isomerism. The mirror-image of these isomers are referred to as the levo or l -isomer and the detox or d -isomer; their three-dimensional molecular structures are illustrated here:

All of the amino acids that occur naturally in proteins are l -amino acids in nature. The alpha-amino acids in a protein are linked together by peptide bond formation. A peptide (or amide) bond is the -CO-NH- bond resulting from a condensation reaction between 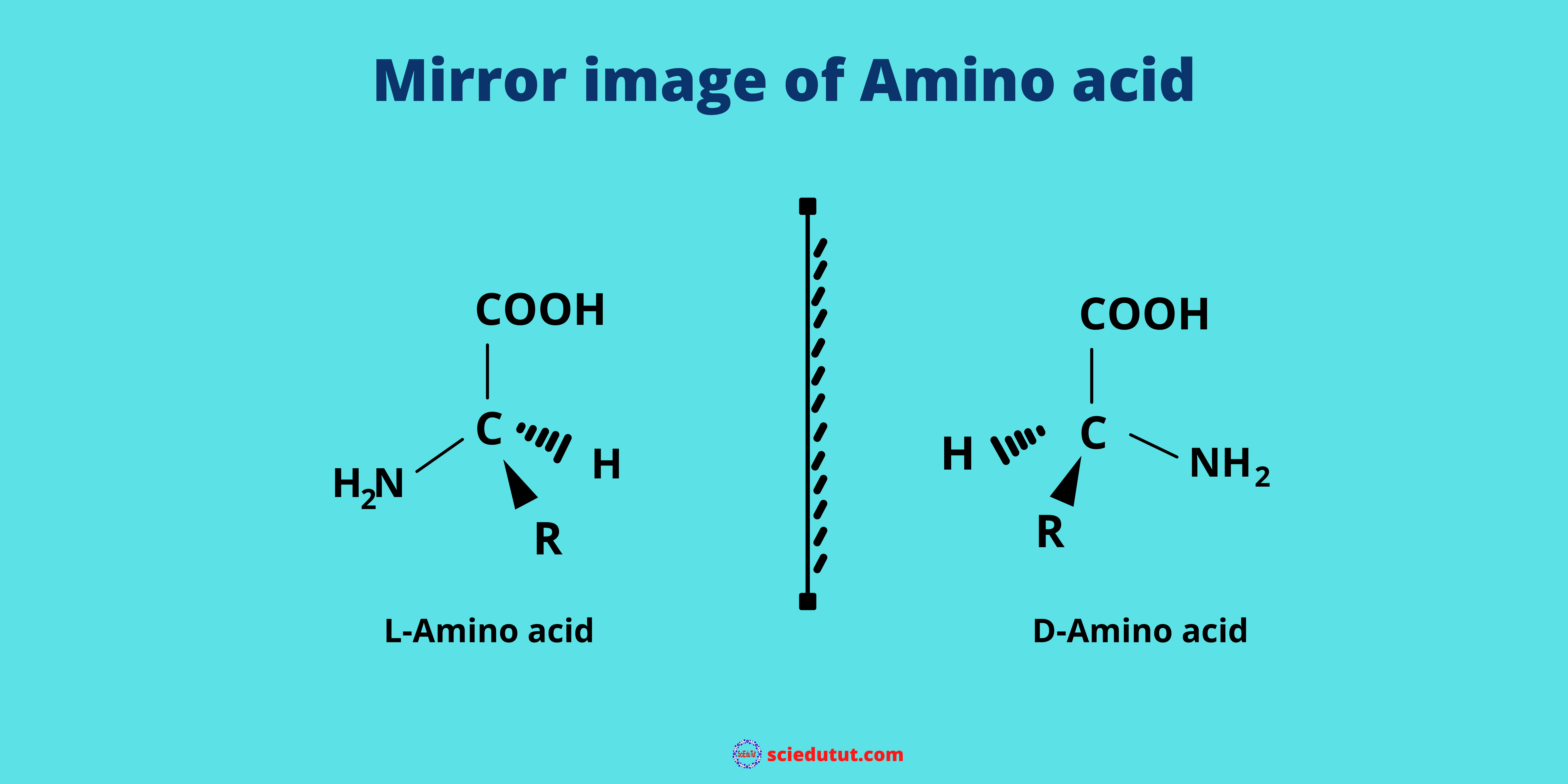 If the protein catalyzes the biological reaction, then the protein is called an enzyme. It makes chemical bonds. But in other words, there are some proteins, which only change at the physical level.

A peptide bond, also known as a eupeptide bond, is created when the carboxyl group of one amino acid is joined to the amino group of another amino acid. A peptide bond is a form of covalent chemical link that is an amide functional group in nature. This bond connects two successive alpha-amino acids, starting with C1 (carbon number one) and ending with N2 (nitrogen number two). A peptide or protein chain contains this connection.

Water (H2O) molecules are released during the peptide bond formation. A peptide link is usually a covalent bond (-CO-NH- bond), and the removal of the water molecule is referred to as dehydration chemical reaction.

In most cases, this action happens between the amino group and carboxylic group of the alpha-amino acid. A peptide, on the other hand, is a Greek term that means “digested.” A peptide is a short polymer made up of monomers of amino acids joined by an amide bond. 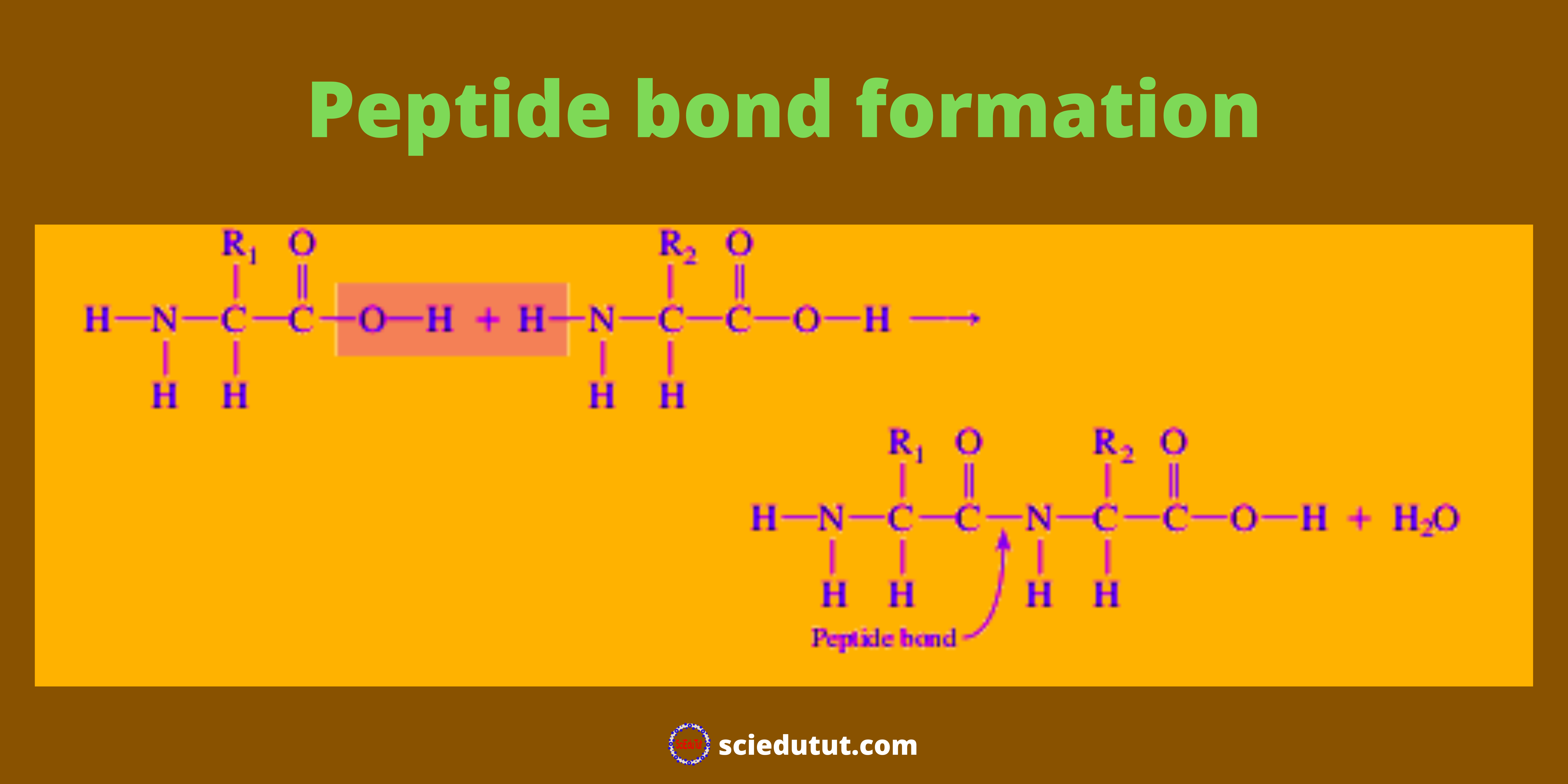 On a molecular level, a peptide bond formation is created through a dehydration synthesis or chemical reaction. This is also known as a condensation reaction of molecules, and it happens most commonly between two or many alpha-amino acids.

Dehydration synthesis bonds two or many alpha-amino acids together to produce a peptide bond formation, as seen in the diagram above. One of the amino acids contributes a carboxyl group(-COOH) to the process while losing a hydroxyl group (hydrogen and oxygen).

Dipeptide = contains 2 amino acid units combined and form one peptide bond formation with the release of one water molecule.

The degradation of peptide bonds in the peptide molecule is a reaction in which the peptide bonds between molecules are broken. The dissolution of the peptide bond is accomplished through hydrolysis with the help of strong base or strong acid(the addition of water). They will emit Gibbs energy in the range of 8-16 kJ/mol during the process.

However, at a temperature of 25 C, this is an extremely hard and long  process with a half-life of 350 to 600 years per peptide bond. Proteases and other enzymes act as catalysts in this process to break the peptide bond. 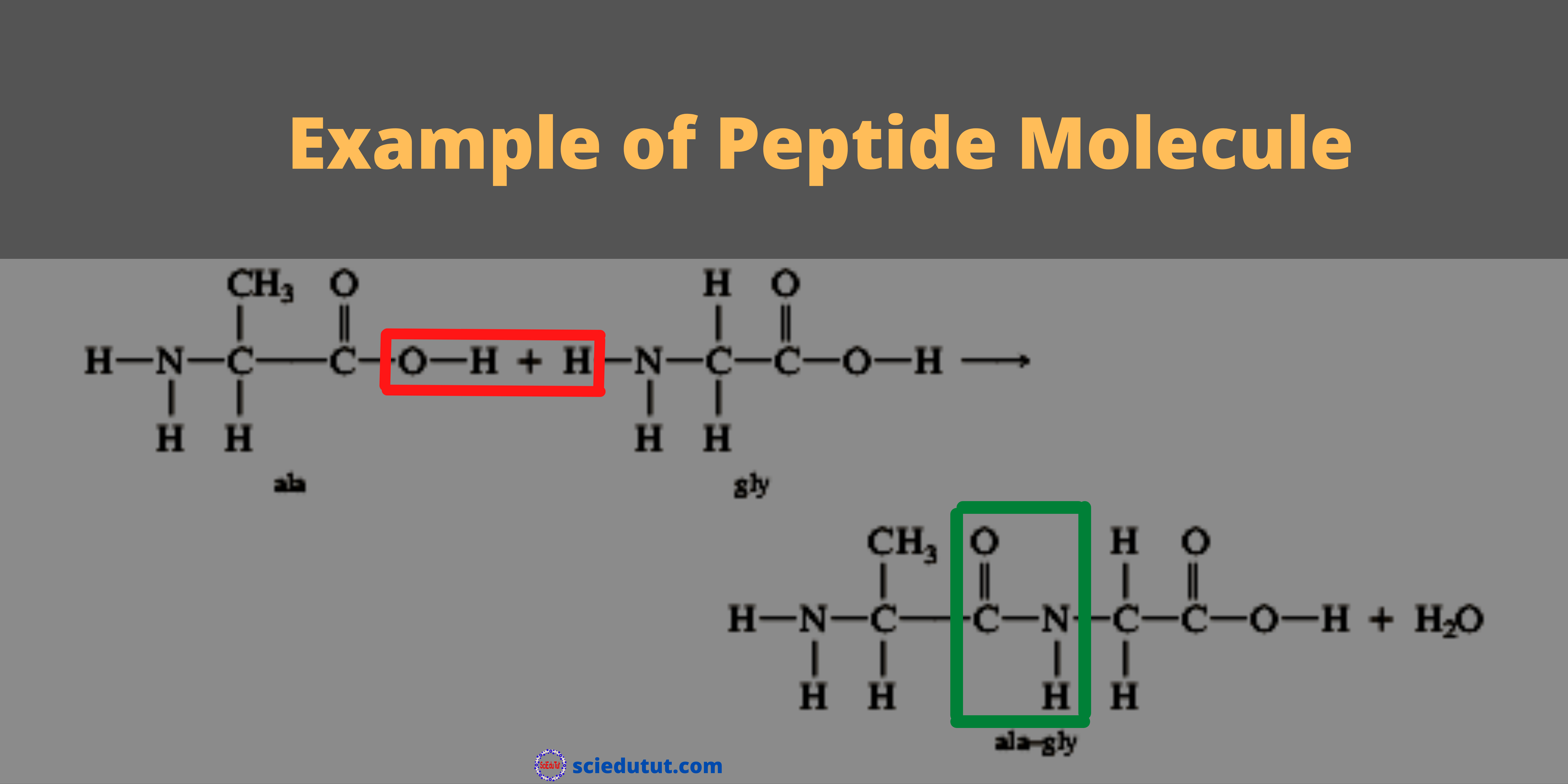 The planar, trans, and stiff conformation of a peptide bond formation in the peptide molecules. It also has a character with a partial double bond due to resonance. The resonance or partial sharing of two pairs of electrons between the amide functional group nitrogen atom and carboxyl functional group oxygen atom is referred to as peptide bond coplanarity.

The scientists Linus Pauling and Robert Corey discovered that peptide bonds are stiff and planar in nature.