Madame Marie Curie, a Polish-born French chemist, and physicist with her husband, Pierre, announced the discovery of new atom radium in the year of 1898. They had separated these from a very radioactive mixture from pitchblende, an ore of uranium element. This radioactive mixture was primarily a compound of barium element.

When this radioactive mixture was heated in a flame, however, it gave a new atomic line in the atomic emission spectrum, in addition to the spectrum for the barium element. This new line in the atomic spectrum is based on their discovery of a new element, which they called radium element, on this experimental finding. 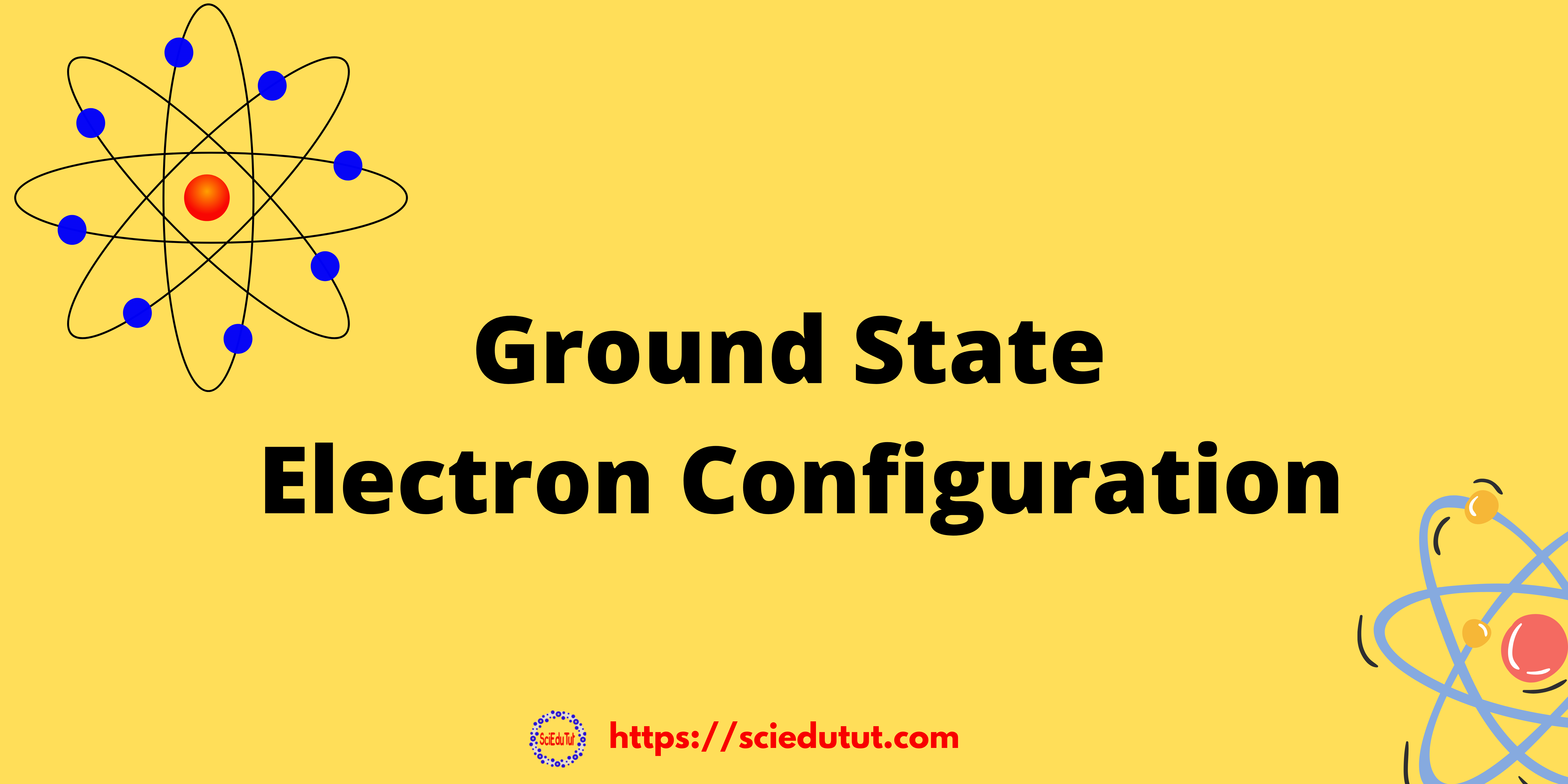 It took them a few more years to isolate a pure compound of radium element from the radioactive mixture. Finally, in the year of 1910, Marie Curie isolated the pure metallic element in the laboratory. Radium element, like uranium, is a very radioactive element.

But in most of radium’s chemical and physical properties, it is similar to the nonradioactive element barium in the same column. It was this Physico-chemical similarity that made the final separation of the new element so difficult to get in pure form.

Chemists had a long history known to show that groups of elements have similar properties in the table. In 1869 Dmitri Mendeleev found that the elements could be arranged in a particular way by columns in the table form, with elements in the same column displaying similar chemical and physical properties.

What is Ground state Electron Configuration of Atoms

The first three quantum numbers characterize the orbital that describes the region of space where an electron is most likely to be found; we say that the electron “occupies” this orbital in the electronic configuration.

The spin quantum number, m(s), describes the spin orientation of an electron in the orbital of the complete ground state electron configuration of an atom. In the first section of this article, we will look further at electron spin; then we will discuss how electrons are distributed among the possible orbitals of an atom.

The beam of less dense hydrogen atoms is split into two by the magnetic field; half of the atoms are bent in one direction and half in the other direction. The reason that the hydrogen atoms are affected by the laboratory magnet shows that they themselves act as tiny small magnets.

Electron spin in the hydrogen atom, however, is subject to a quantum restriction on the possible directions of the spin axis. The resulting directions of spin magnetism correspond to spin quantum numbers m(s)=+½ and m(s)=-½ .

It is called an orbital diagram of an atom in the given complete ground state electron configuration. An orbital subshell is represented by a circle. Each group of orbitals in a subshell is labeled by its subshell orbital group notation.

Not all of the possible arrangements of electrons among the subshell orbitals of an atom are physically possible. The Pauli exclusion principle, which summarizes hydrogen split experimental observations, states that no two electrons in an atom can have the same four quantum numbers.

If one electron in the hydrogen atom has the quantum numbers n = 1, l = 0, m(l) = 0, and m(s)=+1/2, no other electron can have these same quantum numbers. In other words, you cannot place two electrons with the same value of spin quantum number m(s) in a 1s orbital.

In an orbital diagram, an orbital subshell with two electrons must be written with arrows pointing in opposite directions. The two electrons are said to have opposite spins. We can restate the definition of Pauli exclusion principle as follows:

Pauli exclusion principle: An orbital subshell can hold at most two electrons, and then only if the electrons have opposite spin directions.

Building-Up Principle and the Periodic Table 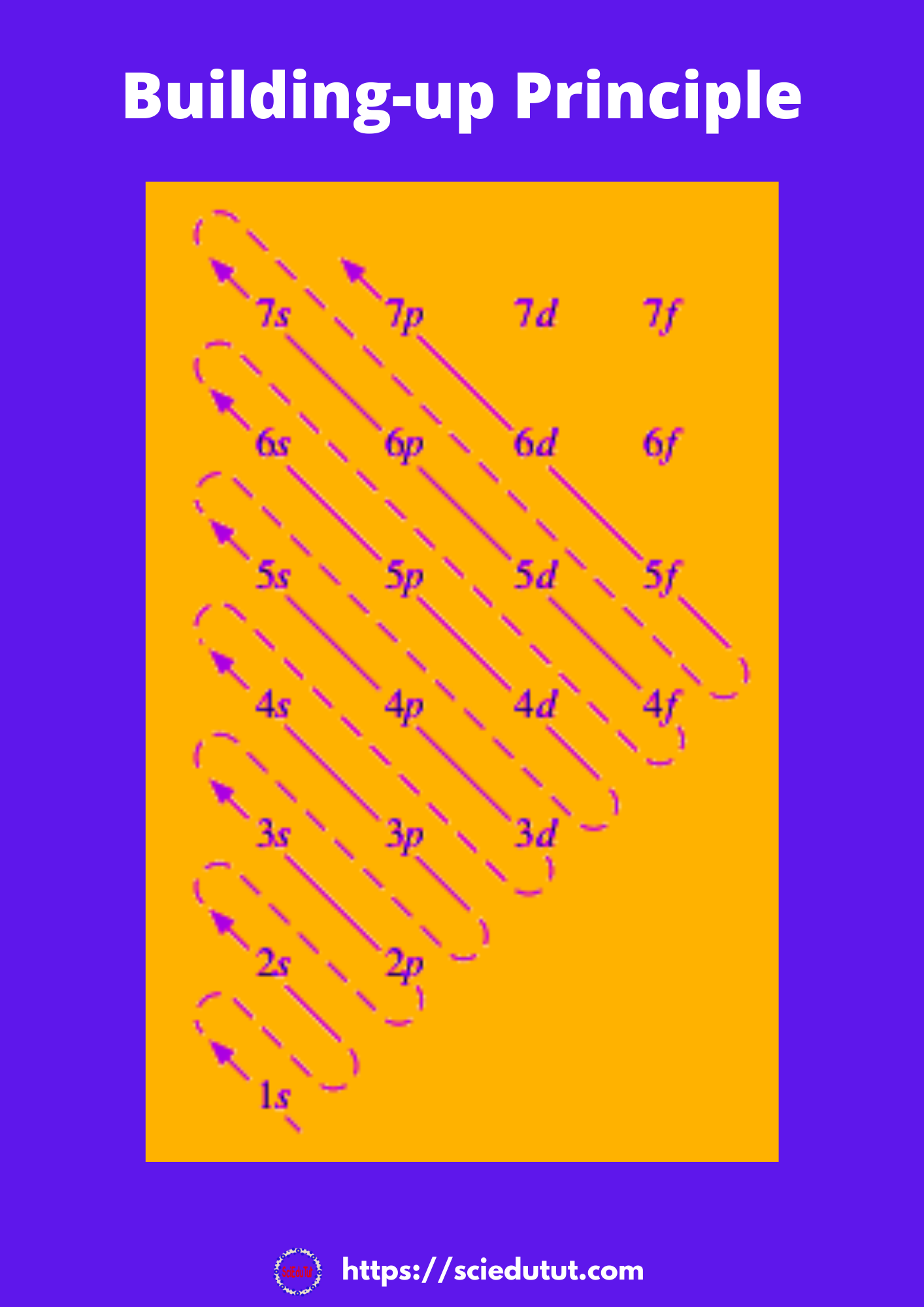 As you will see, you can very easily obtain it from the periodic table of ground state electron configuration. The building-up order in Aufbau principle corresponds for the most part to increasing energy of the orbital subshells. You might not wonder about this. By filling in an orbital subshell of lowest energy first, you usually get the lowest total energy (ground state) of the atom in the periodic table.

A 3p orbital subshell has slightly greater energy than a 3s orbital subshell. The subshell orbital of lowest energy is 1s; next higher are 2s and 2p, then 3s and 3p go on. The order of these subshells orbital by energy, from 1s to 3p, follows the building-up order(Aufbau principle) as listed earlier.

In the case of the simplest atom, hydrogen atom (Z = 1), you obtain the ground state by placing the single electron into the 1s orbital subshell, giving the configuration 1s1 (this is read as “oneess-one”).

Now you go to the helium atom (Z = 2). The first electron goes into the 1s orbital subshell, as in hydrogen, followed by the second electron, because any orbital subshell can hold two electrons. The configuration is 1s2 . Filling the n = 1 shell creates a very stable configuration, and as a result, helium is chemically unreactive. It is the first noble gas configuration.

You continue this way through the other atomic elements in the periodic table, each time increasing Z by 1 and adding another one electron. You can obtain the ground state electron configuration of an atom from that of the preceding atomic element by adding an electron into the next available orbital, following the building-up order using the Aufbau principle.

In a lithium atom (Z = 3), the first two electrons give the configuration 1s2 , like a helium atom, but the third electron goes into the next higher orbital subshell in the building-up order, because the 1s orbital is now filled. This gives the ground state electron configuration 1s2 2s1 .

In the beryllium atom (Z = 4), the fourth electron fills the 2s orbital, giving the total ground state electron configuration 1s2 2s2 . Using the abbreviation [He] for 1s2 , the configurations are

With boron atom (Z = 5), the electrons begin filling the 2p subshell. You get 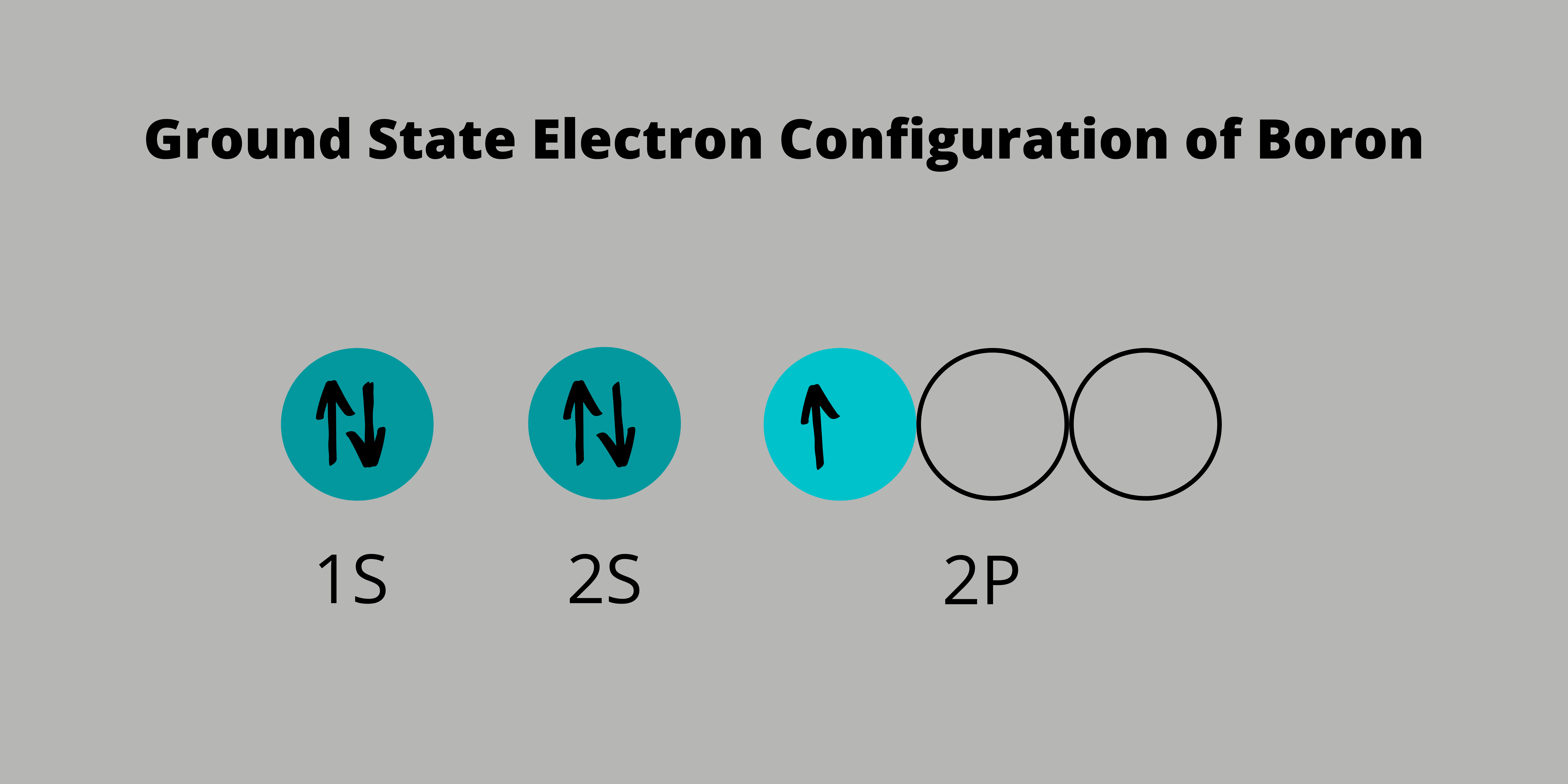 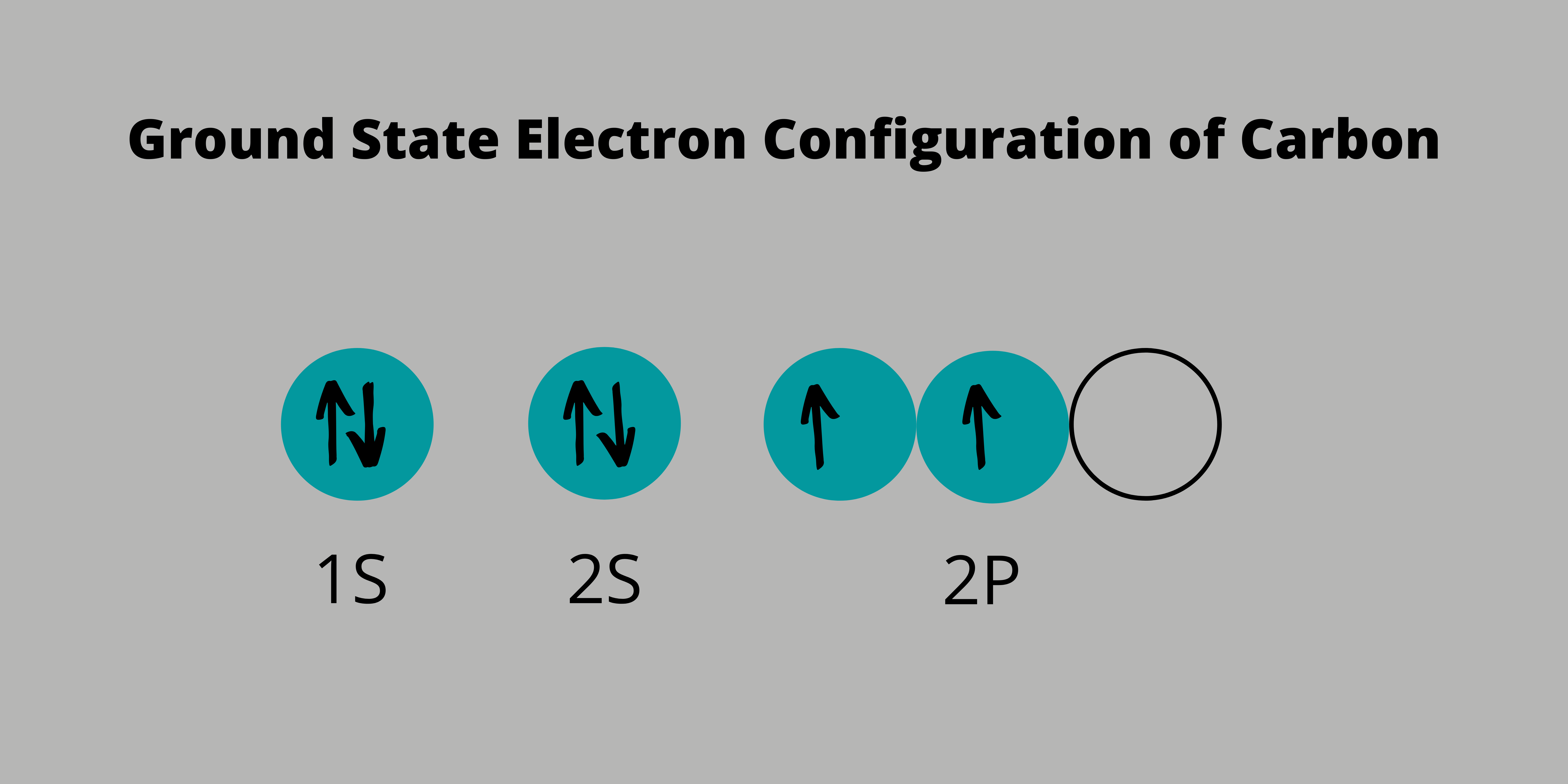 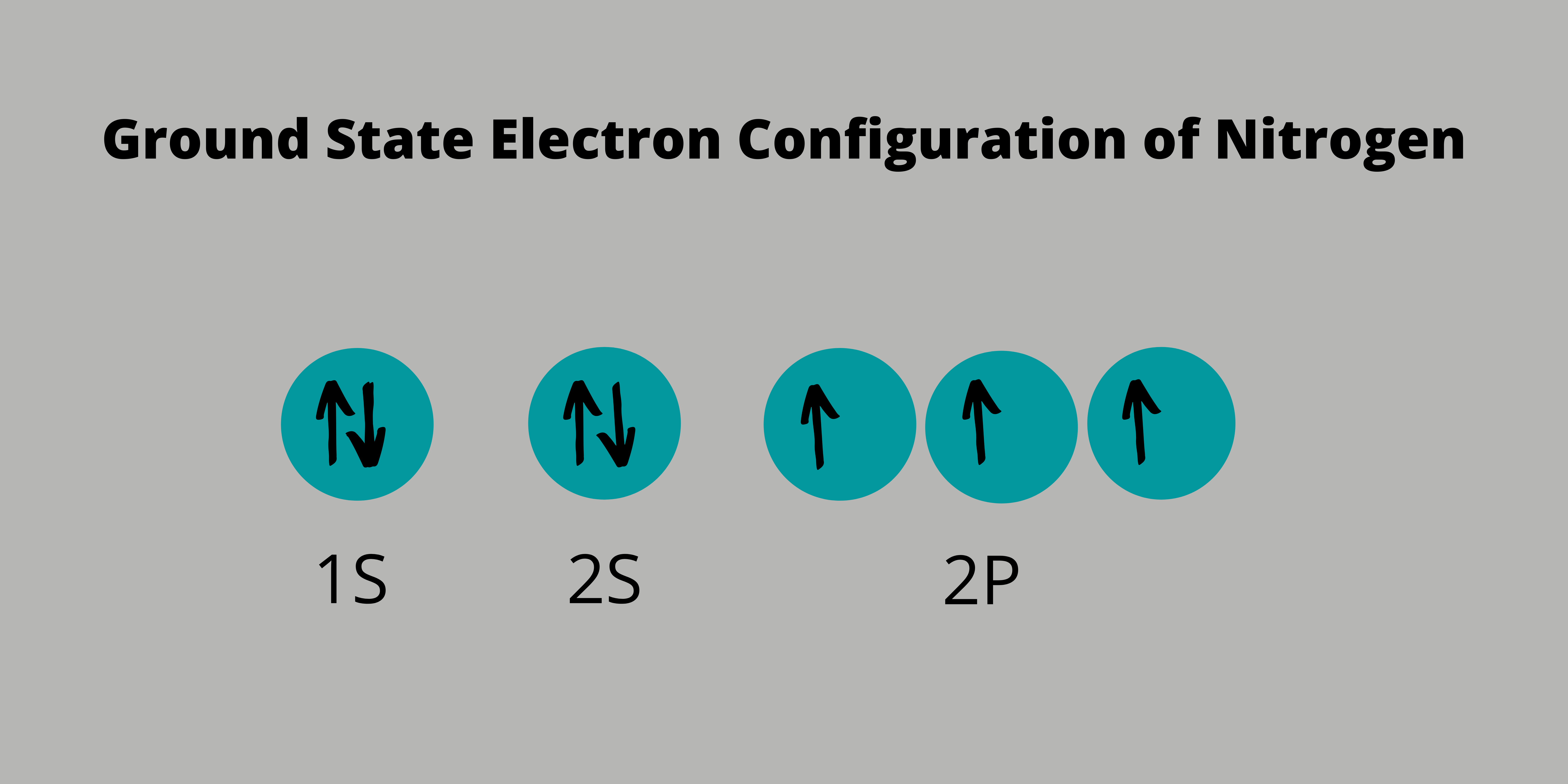 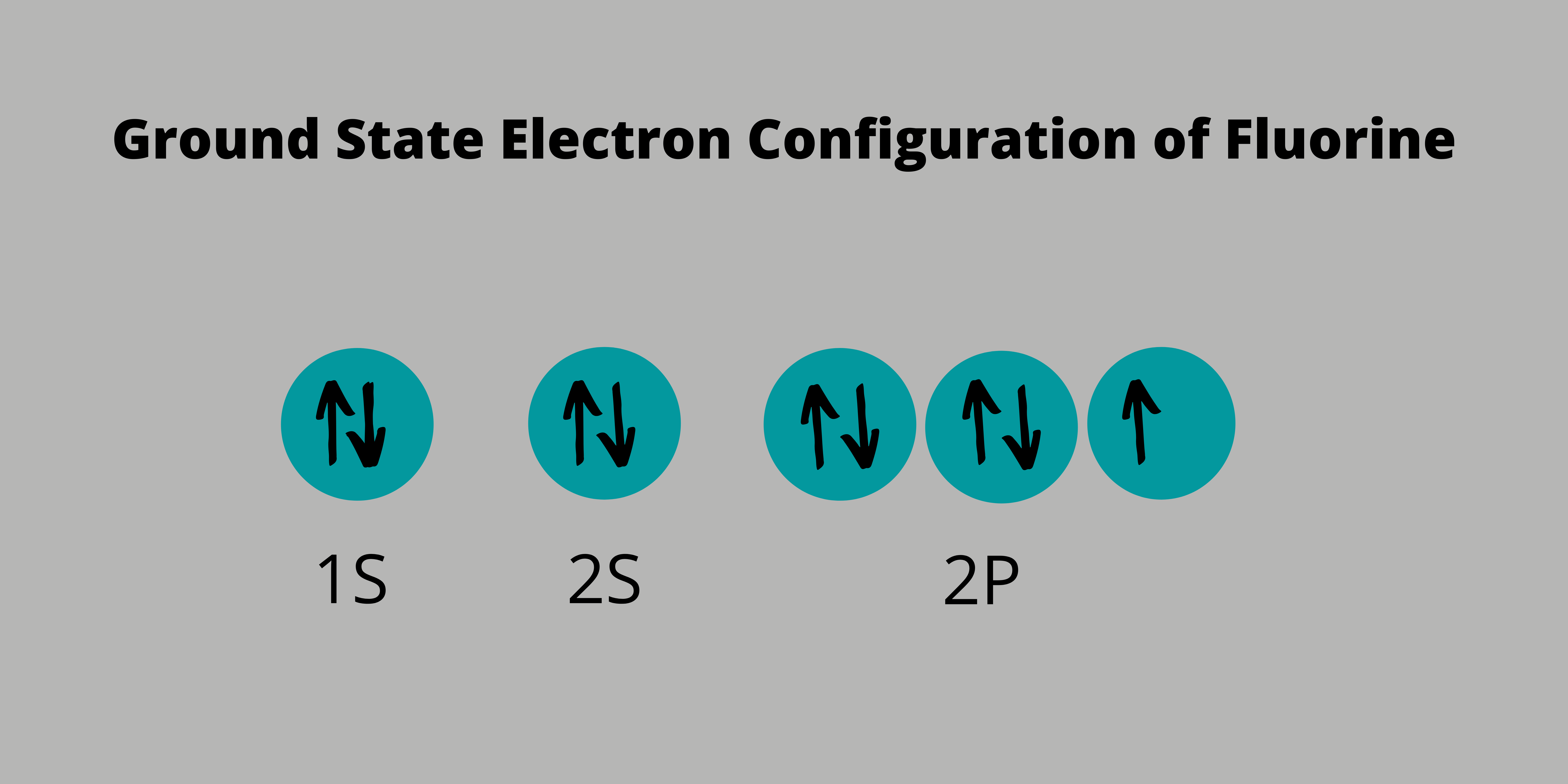 Having filled the 2p subshell, you again find a particularly stable noble gas electron configuration. Neon is chemically unreactive as a result.

Then the 3p subshell orbital begins to fill the electron in their electron configuration.

With the 3p subshell orbital filled fully, a stable noble gas electron configuration has been attained; argon is an unreactive element.

Electron Configurations and the Periodic Table

These elements are the first members of the group called noble gases because of their relative unreactivity as compared to other elements in the periodic table. Look now at the electron configurations of beryllium, magnesium, and calcium, members of the group of alkaline earth metals (Group 2A), which are similar, moderately reactive elements in the left side of the periodic table.

The elements boron, aluminum, and gallium (Group 3A) in the periodic table also have similarities. Their electron configurations are

Boron and aluminum have noble-gas cores plus three electrons with the general ground state electron configuration ns2 np1 . Gallium has an additional filled 3d subshell. The noble-gas core together with (n – 1)d10 electrons is often referred to as a pseudo-noble-gas core of the atom, because these electrons usually are not involved in chemical reactions.

An electron in an atom outside the noble-gas or pseudo-noble-gas core of the atom is called a valence electron. Such electrons are primarily involved in chemical reactions, and similarities among the configurations of valence electrons (the valence-shell electron configurations) account for similarities of the chemical properties among groups of elements.

This similarity explains what chemists since Mendeleev have known—the physical and chemical properties of elements in any group are similar. The main-group (or representative) elements of periodic table have valence-shell electron configurations nsa npb , with some atoms of a and b. (b could be equal to 0.)